The type and the extent of the use of the landscape have changed fundamentally in the last few decades. One reason is that the landscape as a resource is much more intensively used, as illustrated by the strong increase in the destruction of raw materials and material transport as well as the massive build up of infrastructures. At the same time, the level of use in particular areas is also being extensified, which causes fallow land and eventually a return to wilderness. In addition, landscapes are increasingly subordinated to fast-paced and, in part, globally effective changes in mobility, climate, energy and free-time activities. The result is a radical transformation of landscapes, whereby the change takes place inconsistently and unequally.

The historical coexistence and spatial separation of the uses of the landscape up to this point, e.g. agriculture, transport or tourism, are increasingly disappearing. In their place, an operationalized landscape appears in which the informal recreational and sport uses of a metropolitan context are also increasingly enlisted. New forms of ‘parks’ emerge that are no longer clearly comprehensible and classifiable, instead, they spread out temporarily and are spatially diffused over the urban territory.

The driving force behind these developments can be placed on the build-up of the infrastructure network of public transportation as well as on the often chronic overuse on inner city free spaces. The number of recreation seekers expands as a result of the action-radius, i.e. the nearby and quickly reachable available recreational landscapes. This process often takes place informally and results in the overburdening and interweaving of partially contrasting interests.

However, the resulting friction and conflicts carry a lot of potential: Landscapes will no longer function only as economic resources, but will be increasingly recognized as a public resource. A future debate about the kind and modality of their use and the possibility of an integral, democratic development of the landscape as a public good will make this possible.

The term ‘paradise’ and its religious implications originate from ‘pairi-daeza’, Old Persian for ‘a wall surrounding a garden’. Pairi-daeza is the title of an elective course series addressing the appropriation of landscape as a common resource in European Metropolises while exploring new forms and types of public spaces. The elective course serves as an introduction to landscape architectural design on various scales including the topics of border, threshold, water, vegetation, topography, choreography, and metaphor. Architecture students develop a project based on the perception of place, knowledge of landscape-architectonic typologies, and conception of public space. They become familiar with GIS as an analytical tool, model building as a design methodology and the representation of landscape through plans. The design process is accompanied by workshops, lectures, excursions, critiques and a workbook. 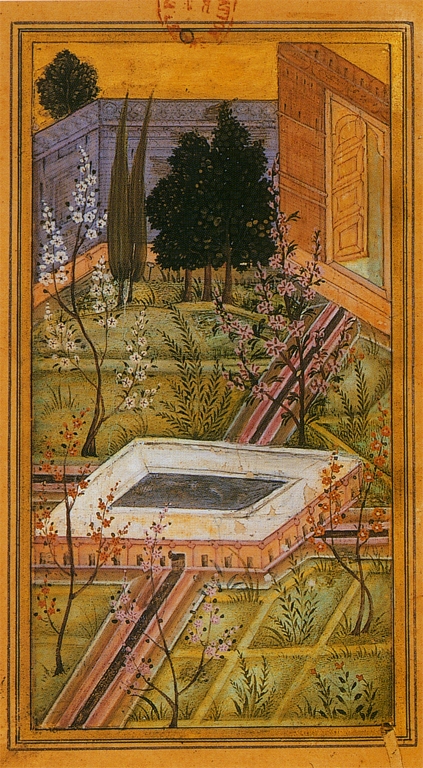